Hello dear readers! How are you? It's time for the final installment of my Niigata trip!

Many artworks on this day I really fell in love with, because..... 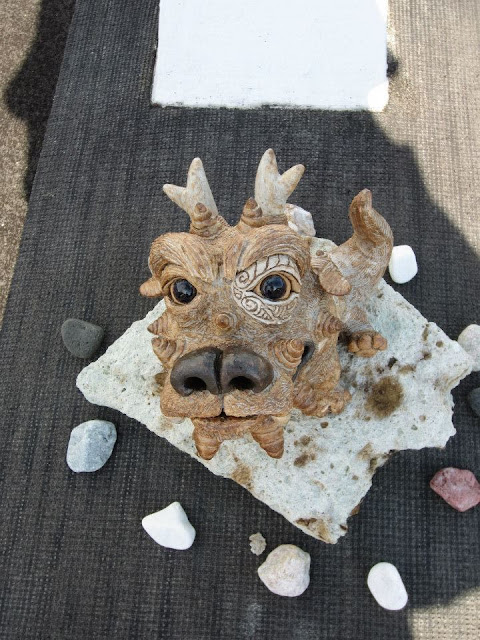 THEY WERE SOOO CUUTE!!!
Oh, his nose and his little horns. I want a real one as a pet!

He had lots of friends: 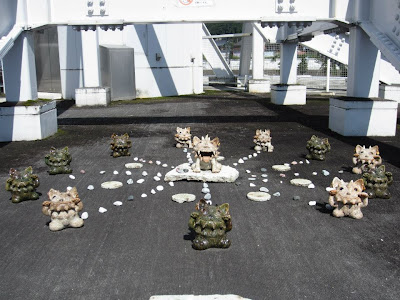 So cute! I think perhaps they are based on the shisa of Okinawa. Have you seen them? They are gargoyle-like decorations that are part of Okinawan tradition.

From the same artist (I think) were these Ghibli-esque ships: 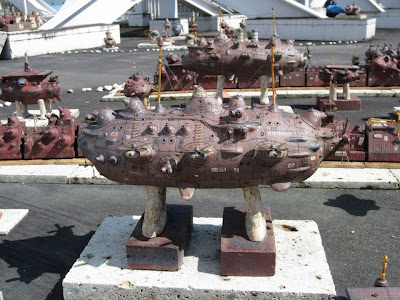 These and the adorable lion-doggie things were exhibited on the rooftop of a gallery in a beautiful natural setting. Here's the surroundings: 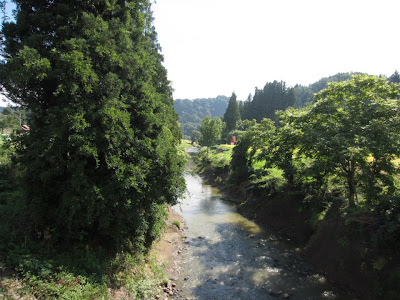 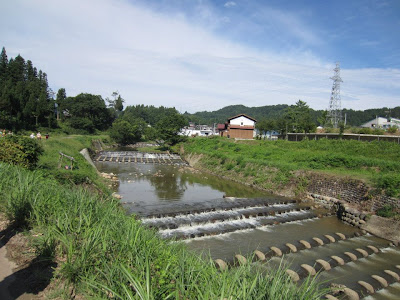 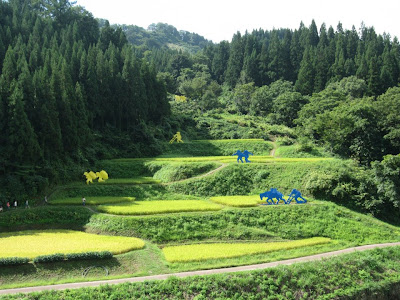 More yellow rice fields and these huge cut-outs (part of the art festival) working on them.

Inside the gallery there were a lot more animal-themed artworks. I really liked this sculpture: 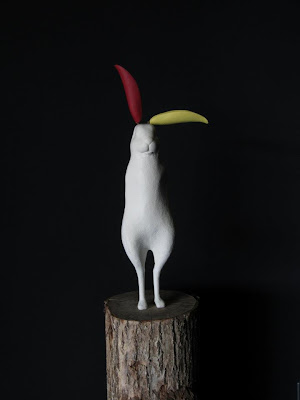 This was part of a huge painting depicting bunnies getting up to all sorts: 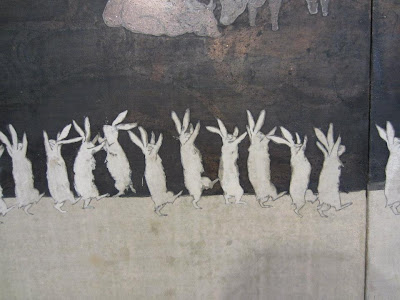 Outside there were some big frogs with "geronpa" written on them. 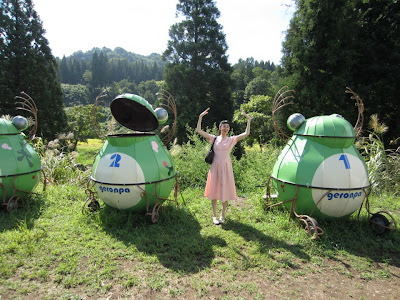 I'm afraid don't know what geronpa is, but I like them anyway.

In another location, we came across this very interesting building. 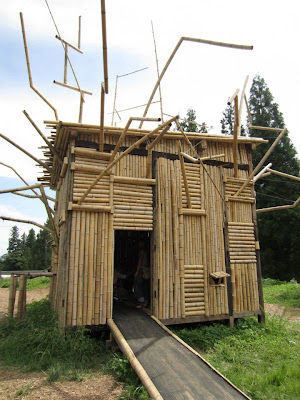 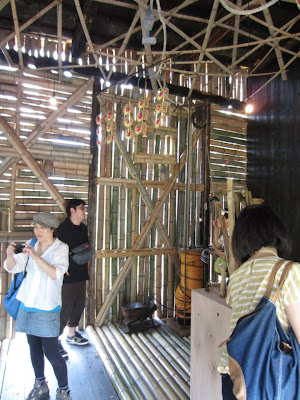 Once you're inside, there's all sort of gadgets you can play with that make different noises. It was really fun!

Perhaps the highlight of the whole thing though, was meeting Tamami-chan.... 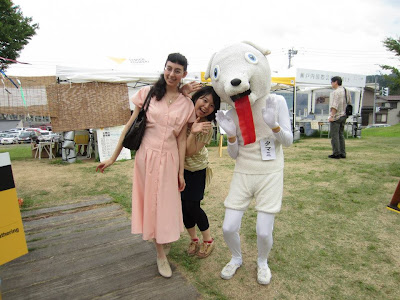 Actually a guy in an ill-fitting and not especially clean-looking mascot costume. It was sort of cute and sort of terrible at the same time! S/he seemed nice enough, but kept talking, and mascots aren't supposed to talk, are they? It just made it all the more strange....

To end this post with something more appetizing than poor Tamami-chan, here's a photo of the yummy cake I had at the gallery cafe: 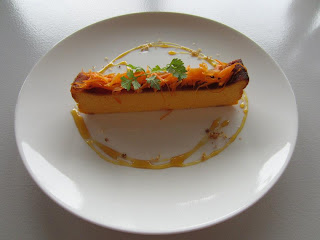 It's carrot cake made with local carrots that grew up under the snow!

Hope you enjoyed the photos! See you next time~
Posted by Sapphira at 02:30