How are you? Today I'm writing to you from England. I'm back home for a little while to celebrate Christmas with my family. Today I'll be wrapping presents and trying to get over a nasty cough I've managed to catch. I hope it will be better by the big day tomorrow!

Here's a Christmassy outfit snap from the Secret Santa meet up in Tokyo: 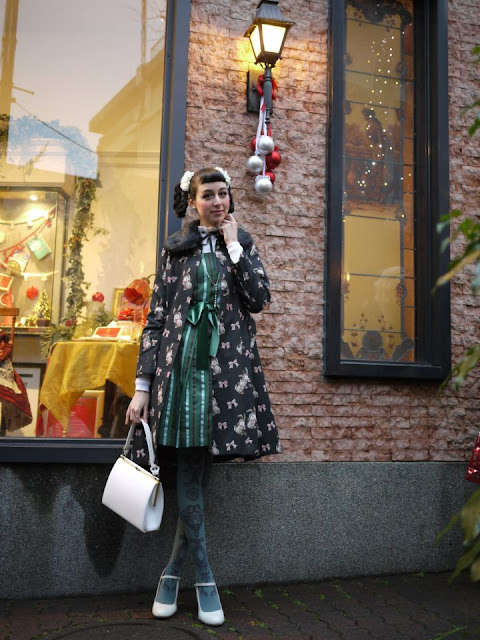 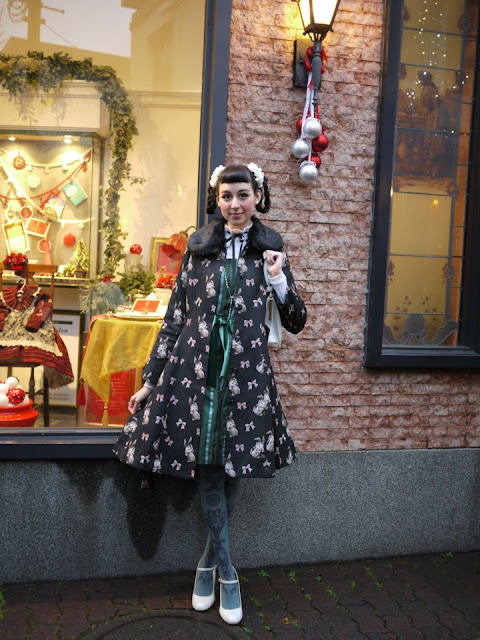 Christmas is my favourite time of year, and I'm so happy to be back with my family, even if it's not for long. I hope you'll enjoy your day, where ever you are.

Hello dear readers! How are you?

Today I'm going to show you some photos from a shoot I did recently. The theme was casual but stylish clothes, quite different from my usual lolita look but fun to wear nonetheless. In fact I wore my Innocent World Bunny Gobelin coat for some shots so a little lolita style did sneak in after all! 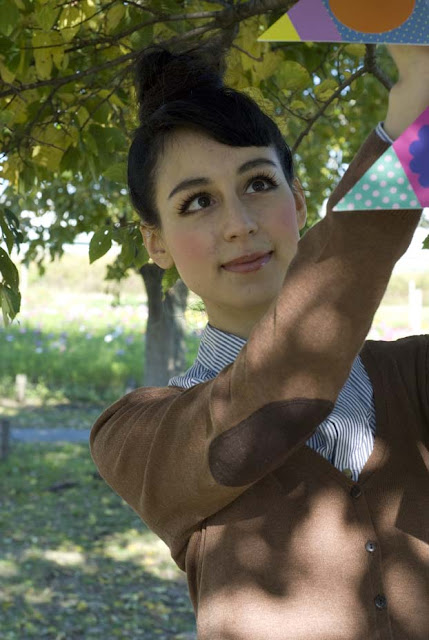 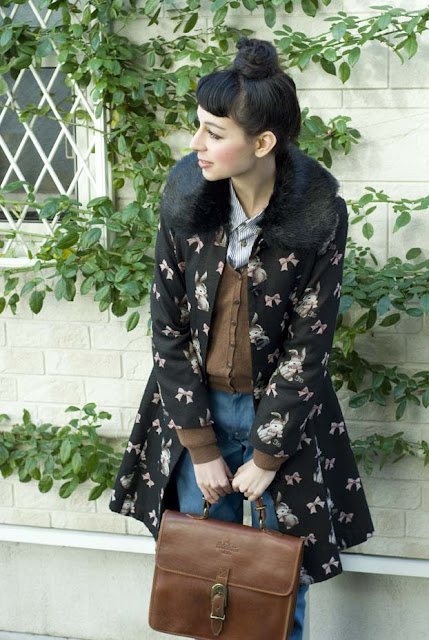 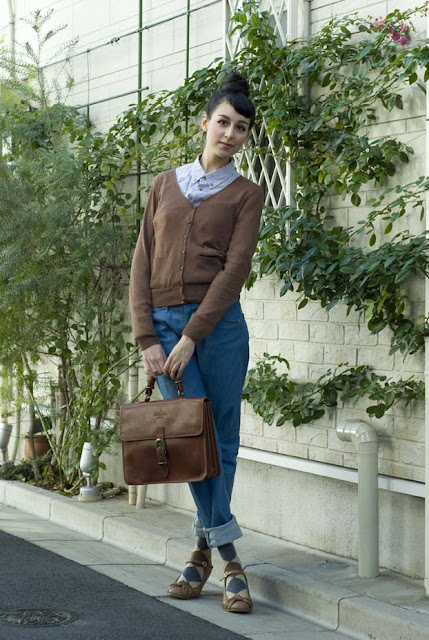 The photographer was Michiko Agata. I had so much fun working with her!

The full set is up on Elegant Poupée's Facebook page here.

Thanks for looking and see you next time!

I went to a meet up in Tokyo to see an exhibiton of the Lichtenstein collection. I wore my new bonnet in honour of the occasion! 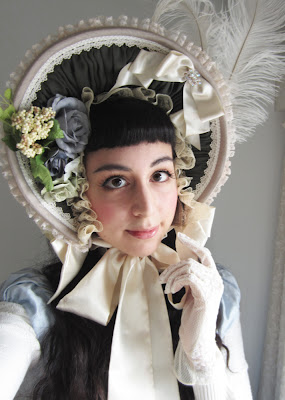 Lichtenstein is a principality in Europe with close ties to Austria (the Lichtenstein princes acted as advisors to the Habsburg family, according to the information at the exhibition). I've always thought principalities seemed like the most romantic sort of countries! I'm not sure why, but perhaps because I can imagine princes getting up to more exciting things than kings, haha. 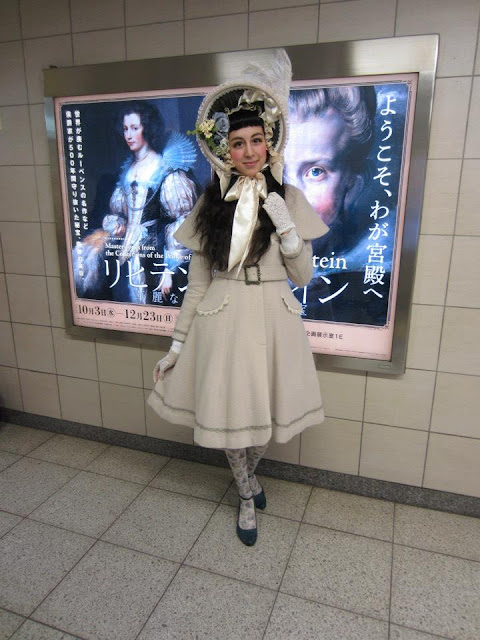 Outft shot with the exhibiton posters

The exhibition constisted of pieces collected by the Lichtenstein princes, very fine European art, mostly Baroque, including a splendid collection of Rubens. I wasn't a particular fan of Rubens before, but having seen those works I now appreciate him a lot better. When his paintings are on a very grand scale they certainly are majestic, and there was a one of the Lamentation which was very affecting. They used a portrait of his daughter for the poster (the picture on the right) which I have to confess I don't like at all and I actually find her face quite scary. I suppose I am a philistine, but he has this fleshy style which I think doesn't really suit tender subjects like a child's face.... Sorry Mr Rubens. But I do like him better than before!

The other lolis were very taken with Bruegel's The Triumph of Death! Maybe, just as with our clothes, it was all the little details that appealed to them. There were also tapestries, sculpture, ornaments and furniture, including a Baroque sofa that one of our group pointed out would have been perfect for a group photo! If the Prince of Lichtenstein had been there, I'm sure he would have let us, in fact I think he would have offered to take the photo.

We took another set of outfit shots outdoors, this one is a little clearer so I'll put the rundown here. 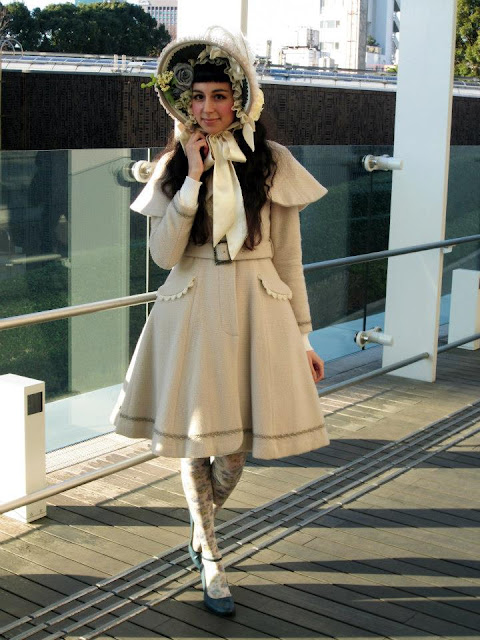 After the exhibition, we hit Harajuku for shopping at Closet Child and Usagiyouhinten, purikura and tea at Christie's, a cafe off Takeshita Dori that's popular with local lolitas. 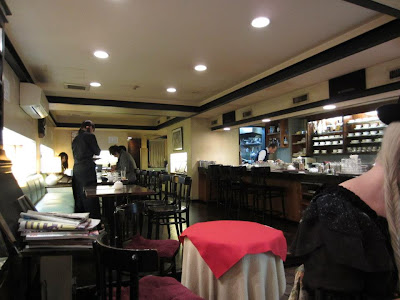 The cafe is really nice! My cheese on toast was great too, even with the funny spongy bread they have here. 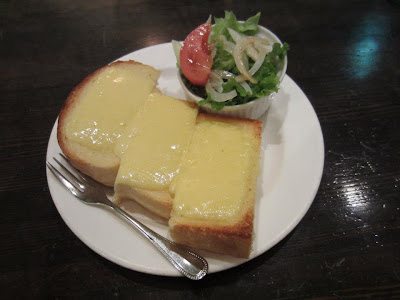 We managed to fit 8 lolis in the purikura booth! Quite a feat. 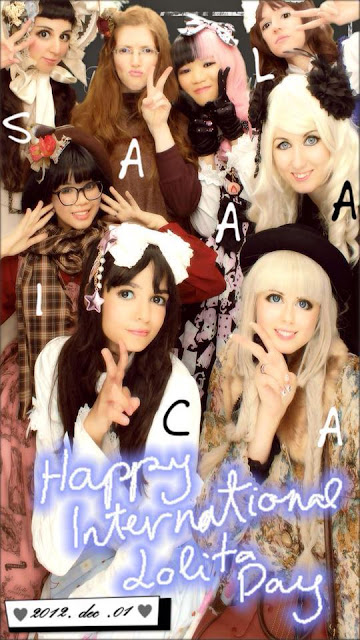 We also marked the occasion by taking a group photo at the famous bridge. Poor old bridge, I hope we brought back some memories of it's golden age to it. A sweet and mysterious person made the photo into a valentine! 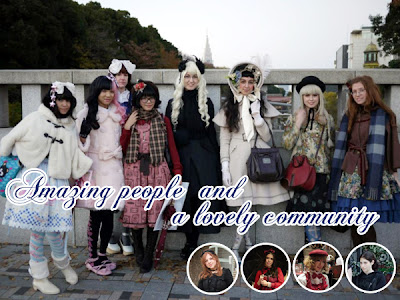 Thank you very much to the dear secret maker and to all the wonderful people in our community. It was the first Loliday I've spent with other lolitas, and I'll keep it as a special memory always. I'm looking forward to the next meet up I go to!

I hope you had a lovely International Lolita Day, whatever you did.

See you next time,
Sapphira