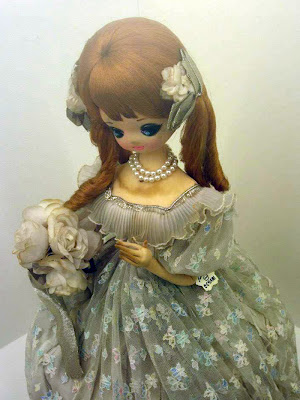 Hello dear readers! How are you?

Today I'm going to share some photos from my visit to the Yokohama Doll Museum. I found out about it by chance wandering around Yokohama one year ago, but on that occasion it was closed! I'm glad I managed to make it back there in a day it was actually open.

First of all, here's my outfit: 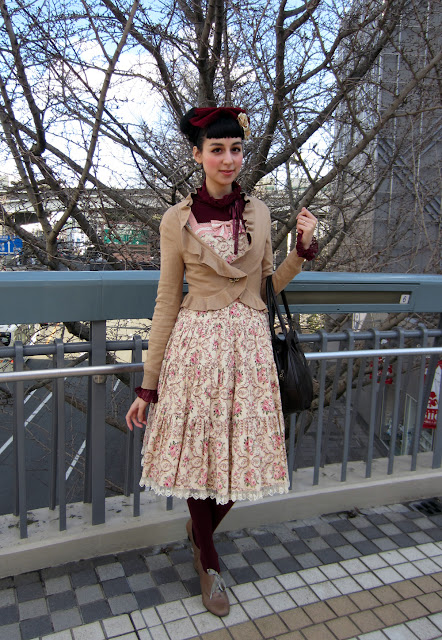 My petticoat looks so flat again! It seemed fine in the morning....

I feel like this outfit is a bit different from my usual style, perhaps the colour combination and the cardigan? But I'm pleased with how it turned out!

Being a port, Yokohama has an interesting history of cultural exchange with foreign countries. The first exhibit we came across was a doll illustrating a sad little story from Yokohama's history- the little girl with red shoes. 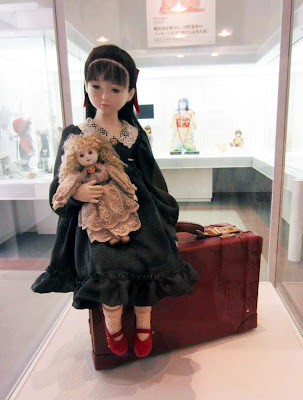 She was a girl from Shizuoka whose mother gave her to be adopted by American missionaries, thinking this was the best thing for her. They took her to Yokohama in order to travel overseas, but before they left they discovered she had tuberculosis, and she died without leaving Japan. Her mother didn't know this but went on thinking about and sadly missing her daughter.

You can read more about it here:
http://sbarnhill.mvps.org/japan/attractions/AkaiKutsu.htm

A song that was composed about her going away in her pretty red shoes is a very well known nursery rhyme in Japan (it's the first song in this video).

Well, on to happier things! The next room was dolls from around the world. It seems like every civilisation that there has ever been has made dolls, and there were cases and cases of dolls from Japan alone, all of them varied and reflecting the different regions where they were made.

Apparently this one is the Japanese version of me! 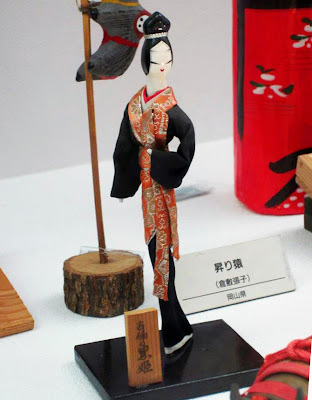 We certainly have similar legs.

I really loved the Thai dolls! Thai costumes are so beautiful and I love the elegant way they turn out their hands and feet. I want to visit Thailand some day! 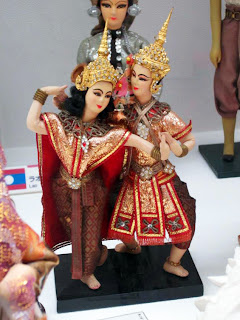 On the next floor there were Japanese dolls on one side and European dolls on the other. This pretty doll was very interesting, because though she is Japanese she was made using French doll-making techniques. I really like her cute expression and her elegant height and slim figure. She's wearing an outfit for a particular dance which I've forgotten at the moment! 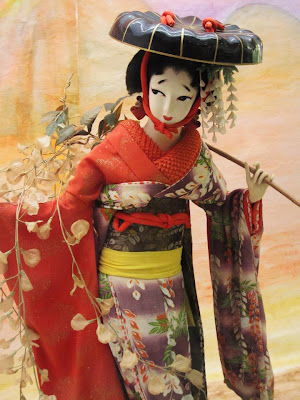 There was also a Japanese doll's house with such cute accessories! I have a doll's house at home that I'm still working on (I will take pictures sometime) and now I really want this Japanese one. Just look at all the perfect little plates and cups and squids! 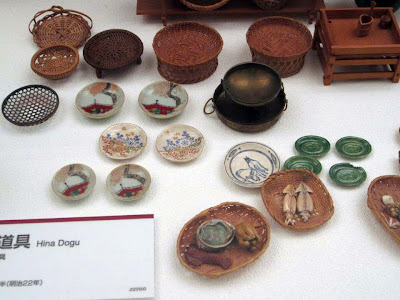 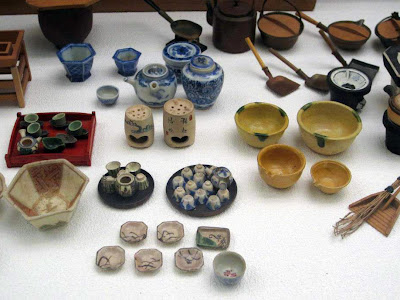 On the European side, there were some examples of automata. I'm really interested in them but they are quite rare so there's not often a chance to see them. They had a couple here and they also had videos of them in motion. This writing pierrot was my favourite! 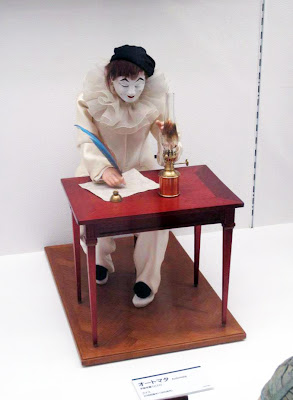 He was very lifelike and very dainty at the same time. There was also a dancing Rococco couple but they just turned round and round and made you giddy.

This last case showed the difference betwen the way that Japanese dolls and European bisque dolls are made. Both girls are very cute! I was suprised to learn that the Japanese dolls usually have human hair. There are some creepy stories about the hair continuing to grow.... 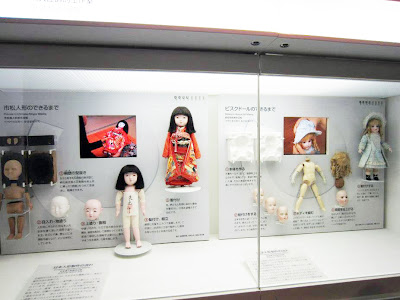 As we left the museum, there were a few more things on display,  dolls that have been made very recently. I liked this one because he reminds me of Közi! 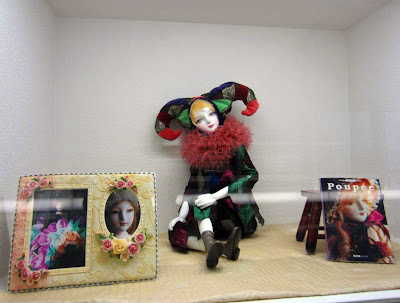 Well, that's all for now. I hope you enjoyed the pictures! I think this museum is well worth a visit. Hina Matsuri is coming up next month, so it seems like the perfect time to go!

See you next time,

Sapphira
Posted by Sapphira at 21:22